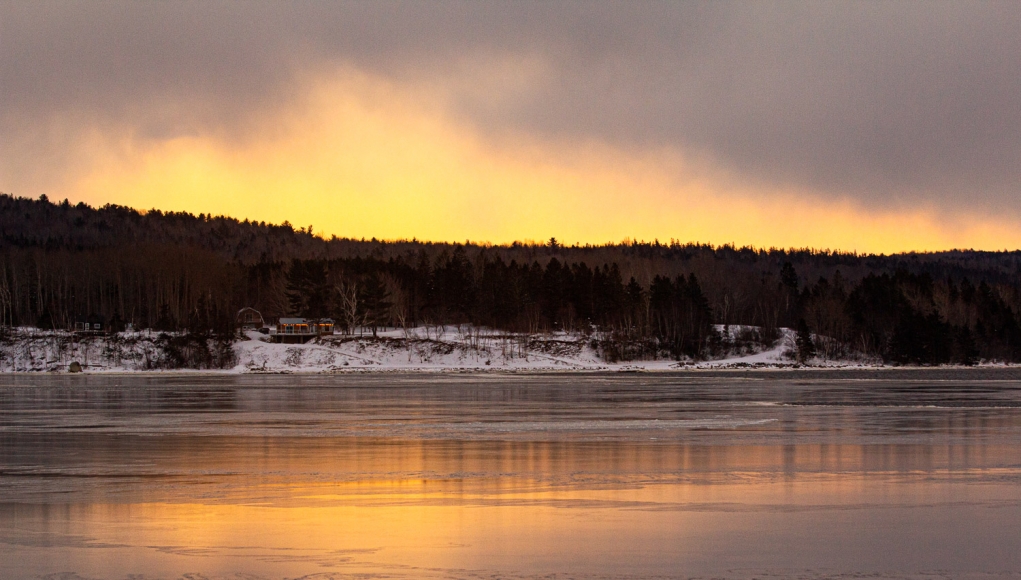 If you’re moving to a new country, you HAVE to expect differences. After all, the culture, laws, and social rules and customs are probably not the same as in your last home.

We moved to Nova Scotia from North Carolina earlier this year, and Jackie (my American better half) correctly expected that everything would be new to her. On the other hand, I’d lived in Ontario for most of my child and young adult life and I thought I knew what to expect. Apparently not…

A quarter century of living in the US away from Canada left me woefully unprepared and, besides, this is Nova Scotia — not Ontario. Big difference…

So one day on a solitary drive across the province, we made a long list of things we found to be different here in Nova Scotia. Rather than bore you with the entire list, I boiled it down the seven that we think are most significant.

Please keep in mind that I am NOT saying that one is better than the other — just different. See if you agree and let me know in the comments below if there’s any other major things you’ve encountered:

These days, many Americans associate Canada with “universal health care” and compare that to the US private insurance system. The comparison they make is that Canadians get free health care and Americans don’t. In reality, it’s not quite that simple.

Canada converted to the metric system in the late ’70s. Well, not completely — as you can see from the diagram below some things still use imperial/standard measures.

The metric measures that we run into most are temperature (Celsius vs Fahrenheit) and gasoline volume (litres vs gallons).

In the end, learning metric is like learning a new language: trying to do the translation in your head while you’re speaking doesn’t work. It works best if you just get used to how big a litre is and what 10 degrees Celsius feels like…

Canada’s commercial banks are actually public corporations licensed by the federal government.  So the number of banks are limited. Any other financial institution can’t be called a bank and is limited in the kinds of services they can provide.

As new bank customers, we found that the choices for account plans were more complex than in the US and more difficult to navigate.

One big thing: we had a stellar credit rating in the US. But other than using it to get a mortgage and buy a house, it’s largely ignored by Canadian credit services. We are having to rebuild our credit from scratch for everything else.

On the positive side, they have the E-Transfer service that allows you to send money from your account to any other person using only their email address (with an optional password)!

And if you’re depositing money, you don’t need a deposit slip!

Canadians are serious about their recycle program: between the bi-weekly pickups, we sort our garbage into paper, plastic, tin cans, and things that can be composted.

There are leaflets that go into detail about what item of garbage goes into which container. Plastic has to go in translucent blue bags, paper and garbage goes in clear bags, and the compost (smelly) materials go in a special plastic container that the municipality provides.

When you buy groceries, there are no plastic or paper bags for your groceries — either you bring your own bags or you can buy multiple-use material bags for a few dollars.

Or you can do like me and completely forget to bring the bags into the store, and just roll the grocery cart out to the back of the car and sort them into bags there…!!

Taxes play a big role in the difference in the price of gasoline between Canada and the US. But how much more do Canadians pay?

A quick calculation based on today’s average gasoline prices and currency exchange rates show that a North Carolina driver pays US$0.78/ CDN$0.99 a litre and a Nova Scotia driver pays $US1.07/ CDN$1.35 per litre — a difference of 36 cents a litre that is almost wholly accounted for by the differing levels of gasoline taxes.

(British drivers pay an equivalent of CDN$2.38 for a litre of gas, so it could be worse!)

One other thing about Canadian taxes: there are no tax breaks on the interest you pay on your mortgage. In the US it can be a significant thing: you get federal breaks at income tax time based on the amount of mortgage interest you pay, even if it’s on an equity line of credit! If you used an equity line of credit to buy a boat or a car, you’d get a tax break on the interest paid on those too!

Not so in Canada. The net effect is that there’s no real advantage to carrying your mortgage for a long time. So you might as well get one you can afford and pay it off as quickly as possible…

The natural beauty of Nova Scotia

Perhaps this is not so much a “difference”, but it’s impressive nonetheless.

When we arrived in January, we were immediately struck by just how much natural, unspoiled land there is in the province. Everywhere we drove there were trees and more trees on wild tracts of land, lakes, waterfalls, brooks and rivers, and rocky and sandy beaches. No matter where you are in the province, there’s splendid nature to enjoy.

And there’s only 1 million people in the entire province so, unless you’re in downtown Halifax, it’s not overly crowded — and that extends to the traffic too! The downside to that is that without a lot of people, there’s small incentive for telecom companies to ensure consistent cell coverage. There’s lots of “cell service holes” including a big one in the middle of the province — we call it the DMZ (Dead Mobile Zone)!

Tourism plays a big part of the provinces economy based on its proximity to the ocean — it’s called “Canada’s ocean playground” for a reason. That means there’s lots to see and do: boats and boat tours, fishing, beaches, all kinds of watersports, museums, and a large art community.

The province has a lot of history behind it — both from the history of the first peoples and from the arrival of Europeans. The Citadel (fort) in Halifax has a number of tourist programs including one that allows you to be a 19th century soldier for a day (that’s one I plan to do!).

Craft cider is a big thing here. We’ve tasted several since we arrived. So far my favorite is the strawberry cider from Lake City Cider in Dartmouth, but there are many, many varieties.

On the downside, we’ve found only one really good hot chocolate place, the Aroma Mocha Cafe in Bridgetown. So far, it’s the best hot chocolate in the province, and thank God — because otherwise we’d have had no respite from missing our usual hot choc haunt in Washington, NC, Giddy-Up Coffee House.

Unless you’re in the big city of Halifax, we’ve found that in Nova Scotia, sidewalks roll up early.

In truth, this is like our last home in Washington, North Carolina. It must be something about small towns — so get what you need by 5 pm because many places are closed after that.

And, most businesses are closed on Sunday, which is one thing I don’t mind because people deserve a rest at least once a week.

There’s no mail delivery on Saturday (same as when I lived in Canada last time, but a major difference for Jackie).

So those are our main ones. There are others of course, but less significant: sparsely-detailed closing statements when you buy your house, more snow, a lower average temperature than North Carolina (doh…!), Mae Wests and Jo Louis, no clip to hold the gasoline pump open at the gas station, all cars have running lights even during the day, no 401K savings plans, the roads are bumpier (another doh…!), French and English languages, lots of sidewalks wide enough for actual walking, and … no pennies!!

Think you have a another that’s important? Share it with all of us new and repatriated Canadians in the comments below!