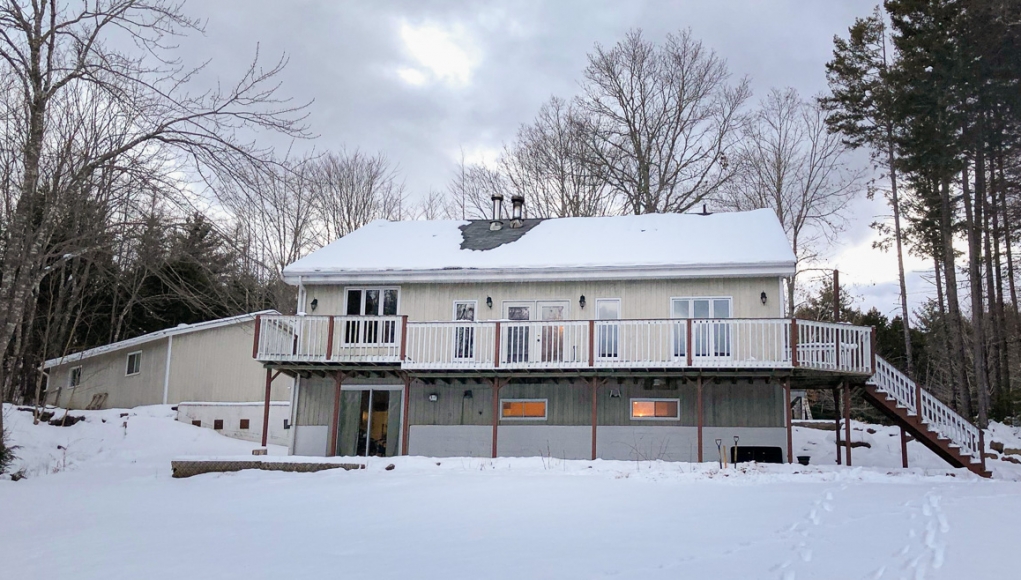 My wife’s strange obsession is searching real estate listings even when we’re not looking for a home.

On the odd occasion that can be a blessing — her early scouring of Nova Scotia listings on viewpoint.ca alerted us to the fact that property prices were rising everywhere — great for selling our home in North Carolina but not so great for trying to find and close on a new place in our new province.

This is the fourth installment about our move to Nova Scotia. Check out the previous posts:

– Why we moved (again!), this time to Nova Scotia
– On the road again…
– The top 5 must-do tasks on our Nova Scotia checklist

Quarantined and unable to view prospective homes in early January, we watched helplessly as rising prices turned into a hot market. At the same time, so-called real estate “experts” on YouTube were warning of a housing bubble that would soon burst and send prices tumbling.

So which should we worry about: not being able to afford a home or buying one and watching the value plummet to less than our mortgage? It seemed the answer was that we needed to find and close on a home as soon as we could.

So while still in quarantine, we got a pre-approval set up with a mortgage broker (we used Danielle Hardie of Premier Mortgage) and contacted some real estate agents to schedule viewings immediately after isolation was over.

On the first day of freedom, we were off and running.

Thanks to a freak ice storm, the first viewing was cancelled but we were able to see it the next day.  It was just outside of Digby in Smith’s Cove next to the Annapolis Basin, a kind of inland channel. The rocky beach was about 100-200 yards (meters) from the house and the view was breathtaking.

It was pretty big with three separate units for living and rental. We could have held back one unit for Jackie’s art studio and rented the third one for additional income. However, it was one of the few homes in the area that had an HOA (home owners’ association) and due to the issues we’ve had with HOAs at two previous homes, it was something we wanted to avoid. Also, being a frugal Scot by birth, I wasn’t thrilled with the CDN$550,000 price tag, but it was move-in ready and the rental unit would have helped to offset the cost.

We rounded out the week with more viewings.

On Thursday, we saw the big Smith’s Cove house a second time but remained unconvinced. We moved on to another smaller sea-side house. It was beautifully situated right on the inland channel with an unparalleled view of the water. But I noticed that whenever we were that close to open water, the wind was constant and howling. Jackie was looking for bigger rooms too, so we decided this one wasn’t for us either.

Then, we travelled towards LaHave on the south shore to see an old bank building. Although it looked interesting in the pictures and was right next to the rather famous LaHave bakery, the smell of mold was evident as we walked in and it came off our list almost immediately.

While in Lahave, we met artist Monica Schut of Heart to Hand Studio and she and Jackie got on like a house on fire. Monica and her husband Dave have spent a number of years working on their home and putting up a second building for her gallery and studio. I think this sealed the deal for Jackie — she was interested in staying in this general area.

Jackie also met a realtor, Susan Diamond from Engel-Voelkers, through Instagram. Susan was organized, detail-oriented, and smart-as-a-whip. She told us things about the homes before we even asked.

They’d set up five homes for us to look at on Friday and so we stayed overnight at the Best Western in Bridgewater, since the homes were about two hours drive from our temporary apartment.

But when we woke up on Friday morning — BLIZZARD!!

I looked out the window at the snow and really didn’t want to go touring houses — BUT a little voice kept whispering to me that if we did what others weren’t willing to do, then we just might find something nice that those others wouldn’t…

The little voice was right. The first house we saw checked a lot of boxes: a large basement room for Jackie’s studio, a separate office area for me to work in, a 1Gig internet connection, 624 feet of river frontage (backage?) at the back of the property, a 4.5 acre lot, a three-car garage, three bedrooms for when y’all come to visit, and a nice modern semi-open layout. It was only six minutes drive from Bridgewater and all the shops and the hospital there.

We got in our cars to drive to the next appointment. Fate stepped in as Susan tried to lead us through the blowing snow and somewhere in the snowy backwoods around Bridgewater we all got lost…

Jackie and I felt uneasy being that far away from the town’s amenities. We looked at each other decided that the one we had just seen was the one we wanted. When Susan finally stopped to apologize for getting lost, we said “Never mind… we want to bid on the first one!”

It took her a minute to digest that…      but we quickly made arrangements to get it all done. She went back to her office to prepare the paperwork and we headed off to our rental.  We reviewed and signed all the docs over the internet about an hour later and the bid was submitted before the other home-viewers had a chance to see it!

Only then did we find out the other visits had been cancelled – they must have ignored their little voices!

At that point, I was pretty sure we had a good chance of closing the deal. And we did… there was only a bit of negotiation but we settled on the price that night.

As it turned out, we closed the deal in time to avoid the worst of the hot housing market — shortly afterwards it became commonplace in many parts of Nova Scotia to have multiple bidders for homes, resulting in closing prices that much higher than the asking price. I’m not sure that would have happened in the case of our new acquisition, but getting into a mess like that would have priced us right out of the market!

Once we closed on March 2, we began planning renovations with Donald Bush of Shore Side Carpentry — a local contractor previously used and recommended by Monica.

Some of the work would be done before we moved in: changing the carpets for hardwoods, getting the house networked for the computers, and changing the wood-burning stove and furnace as Jackie is allergic to wood smoke. There’s other things we’d like to do in the future, but those will come later when we save more of our pennies.

We made a video tour of the house before any of the renovations started — you might have seen it before on my YouTube channel.

And, here’s the river bank down at the end of the back yard that really clinched the deal… enjoy!

Next up, our first Nova Scotia lighthouse adventure while we’re preparing our new home!