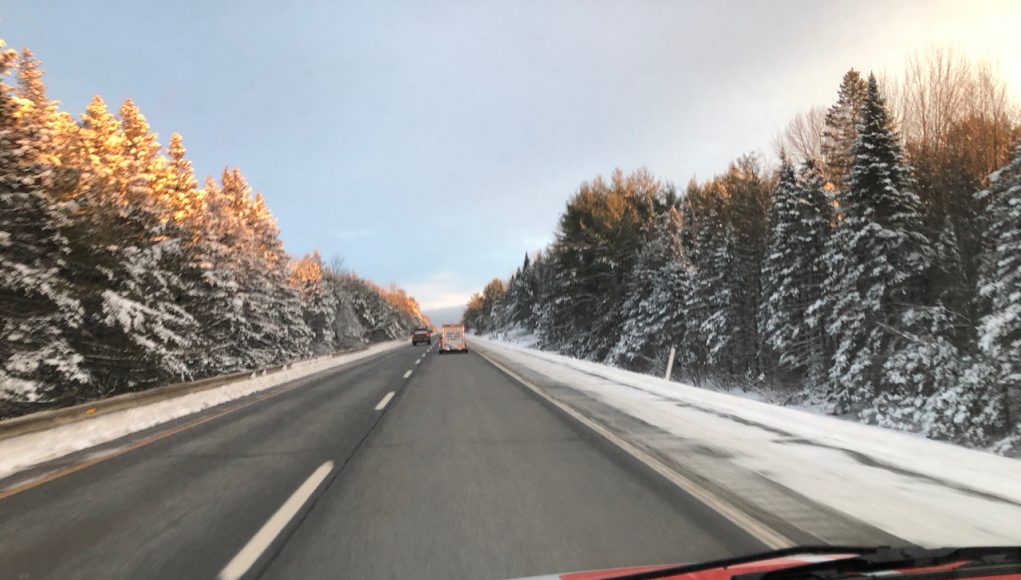 When I moved to the US from Canada 25 years ago, my employer Northern Telecom took care of all the immigration details. That made it relatively easy.

This time, we were on our way to live in Nova Scotia and it was all up to us.

There were a number of things we needed to learn about — and quickly:

Part one of the story: Why we decided to move (again!)

Thankfully between the immigration lawyer and a Facebook page called “Canadians living in the US with an exit plan”, we had a lot of support and help.

As I’ve mentioned, we planned to downsize big-time. There were two reasons for this:

And to ensure we kept our downsizing commitment, we rented a 20-foot truck. If it didn’t fit, it wasn’t going with us.

We started packing in October as soon as Red Hat, my employer, approved our transfer to Red Hat Canada.

At first, our kitties Mikey and Mango watched with curiosity. By December packing was getting more frantic, furniture was disappearing (we were selling a lot of it), their toys were packed into a box, and nothing looked like it used to. You could tell they were getting a bit worried and distressed.

In the final few days, Mango found the only “hiding” place left in the entire house: beneath the drapes hanging in the corner of the master bedroom closet. The poor little fella looked so pitiful. Soon Mikey joined him — I think as much to reassure him as to feel reassured himself. I was getting worried about how they’d take a 1400-mile, three-day journey.

The last few days of packing and loading were frantic. The 20-foot truck accepted less than we thought it would and we activated plan B — a trailer on the back of the Subaru. Even then, there was lots left over and neighbors and friends took a lot of free things off our hands. Some of the neighbors were very happy to see us show up with bottles of alcohol that we couldn’t take with us…

I became aware there was actually a plan C — there were still a few things that Jackie REALLY didn’t want to part with and they ended up in a small storage unit near Washington NC. That’ll require another trip to NC sometime in the future, but it may be quite some time before we can travel.

Other neighbors helped with loading the truck, both from the house and from Jackie’s studio. Because we weren’t sure what we’d be taking with us (it depended on how much we could fit in the truck and trailer), it wasn’t the most organized move we’d ever had and I appreciated the patience shown to us by our helpers.

Our next-door neighbor, Mary, kept feeding us in spite of our unpredictable and hectic schedule. I’m sure we would have been a lot worse for wear if it hadn’t been for Mary and Ernie.

Our house buyer was MORE than patient with us. He allowed us a few more days to get ready since they weren’t planning to move in right after closing. There was a lot left in the garage when we left, which was to be picked up the following Tuesday. We had a lot to thank them for in the end.

We finally got rolling on Friday, January 1, around dinner time — two days later than we’d hoped. I drove the truck with the Miata on the back and Jackie drove the Subaru with the trailer and the two kitties. We were packed to the gills; even both passenger seats in the truck and the Subaru were chock full — not another item could have been packed into them. Even the Miata was full of whatever would fit!

But instead of snow, a nasty rainstorm hit us as we left North Carolina and continued into Virginia. We had to stop and look for a hotel after only three hours of driving, as the rain had reduced visibility tremendously. Our cellphones were invaluable in finding cat-friendly hotels and booking while we were on the road — how did we ever do without them?

The cats did surprisingly well during the trip. Once they were used to the situation, Mikey decided to move out of his carrier and camp out with Mango in his. He was so well behaved that Jackie could leave the carrier door open and not have to worry about him. Mango, who is not overly-sociable at the best of times, just seemed happy to stay in his carrier even when crushed by the friendly Mikey. But neither exhibited any major stress which, in turn, took a LOT of stress off of us.

I was quite surprised along the journey to find that the best roads seemed to be in the smaller communities that you’d think could least afford them. But traveling through the larger cities, such as Boston, New York, Philadelphia — those you’d think would have money for good roads — was like driving over no man’s land in WWI. I was sure the trailer hitch would break under the strain and the Miata and trailer would skid off the road in a shower of sparks ending up who-knows-where. Fortunately, that didn’t happen.

The truck and trailers had a specified maximum of 55 mph (about 83kph). At that rate, it took two very full days of driving to reach the border. We arrived at the crossing at Calais/St. Stephen on Sunday evening, January 3.

On a Sunday, at that time of night, we were the only people in line! The agents were professional and courteous and it took us about 1.5 hours to get us and the cars passed and through into Canada!

The ferry from St. John to Nova Scotia didn’t depart till 9:30 the next morning so we ended up driving up and around New Brunswick, across the land bridge to the main part of Nova Scotia and then south to just shy of Annapolis Royal, where our rented quarantine apartment was.

We took a short break during the night and slept in the vehicles for about an hour or so. Refreshed, we kept going and arrived at our quarters about 9am Monday morning. We honestly didn’t think it would take that long and probably could have waited overnight for the ferry and arrived at about the same time! Live and learn.

We were pretty exhausted but thankful the trip was over. We slept most of the afternoon — my Red Hat manager was very understanding when I told her I was not going to be in that day…

The unit we rented is the lower half (basement apartment) of a home — it’s kind of a duplex arrangement.  Jackie found it on the vacation rentals by owner website and got a good price because it is the off-season.  The landlords (Bob and Johanne) allow cats and they picked up our online grocery order and stocked the apartment before we arrived! We couldn’t ask for better landlords!

Now we were in for 14 days of quarantine. But the Annapolis river offered a great view out the back door to help pass the time.

Next up: why are people looking at us funny? (Coming soon!)

Why we moved (again!) to Nova Scotia