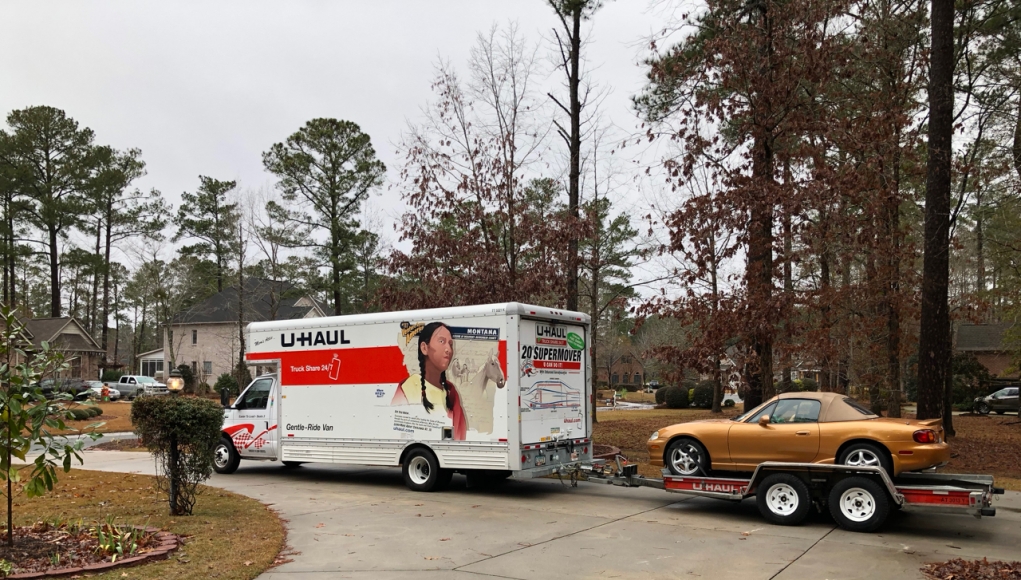 When I first told my director at Red Hat that we were planning to move to Nova Scotia in Canada from North Carolina, her first reaction was “Dude, do you ever stay planted!!?”

It was not an unreasonable question — since starting at Red Hat in 2015, she’d seen Jackie and I move four times! One evening we counted up how often Jackie’s moved in her life — the answer was 49! (I fell slightly short of that stellar achievement at a mere 35.) So moving is not a new thing to us.

What is it about Nova Scotia?

Certainly, it wasn’t the possibility of being buried up to our butts in snow in February. We both have experience with cold, snow-laden winters and we were moving north with our eyes wide open.

But the great outdoors is part of the appeal. We’d already visited Prince Edward Island twice and loved it, so the Canadian maritimes were already on our radar. To get a taste of the appeal of Nova Scotia, just check out this video by one of our favorite internet couples, Davey and Sky from Cape Breton. They routinely post informative and picturesque movies of their adventures while touring the province and those helped sell us on living in this wild and wonderful place. (Watch this in full screen — you’ll be glad you did):

There were several other reasons that pointed us toward Nova Scotia:

OK, lets get to the question that many people ask us: how did we travel to Canada when Covid concerns have closed the border with the USA? Quick answer: it’s because I am a dual citizen and it’s unconstitutional in Canada to keep a Canadian citizen from returning home (and their spouse can come too!)

Even so, Nova Scotia is very careful and there are safety regulations to follow. When you cross the border, you’re told specifically to go straight to quarantine — no side trips and no fraternizing with the locals — and isolate for 14 days. You have to submit data to the authorities every day and we DID get a visit from the local constabulary just to make sure we were following the regulations. As I write, the province has a total of 39 active Covid cases, but that’s up from 9 just a couple of weeks ago, so it’s not time to cheer and declare victory.

As usual, my employer Red Hat, was fantastic about the whole thing. Not only did they approve me working remotely in our new home, they offered tax counseling for the first year and a relocation specialist to guide us through the transition from Red Hat Inc. to Red Hat Canada. (These were things they didn’t have to do as this was a personal move request, not a corporate one).

Working remotely is not a new thing to Red Hatters — I’ve been doing it since 2017. My fellow team members can be anywhere in the world: North or South America, Europe, and Australia to name a few. Meeting with them over video is no different whether you’re in the office or at home. So why not live where you want to if you can work from anywhere?

Since this was a personally-initiated move, we were paying for it ourselves. So it was up to us to manage it as efficiently and economically as we knew how — all that move experience gained through more than our 75 combined moves was going to come in handy! Key points in our efficiency plan:

We did anticipate some challenges:

The toughest thing was leaving the people and experiences we’d learned to love about Washington, NC: the BCTMA, Lemonade Gallery, Pamlico Writers’ Group, the Turnage Theatre, and many more.

Our US house sold quickly. We’d already sold many of our possessions and packed the rest. And once we rolled down the driveway, our old life would fade away and there’d be no turning back…

Next: the journey to Canada