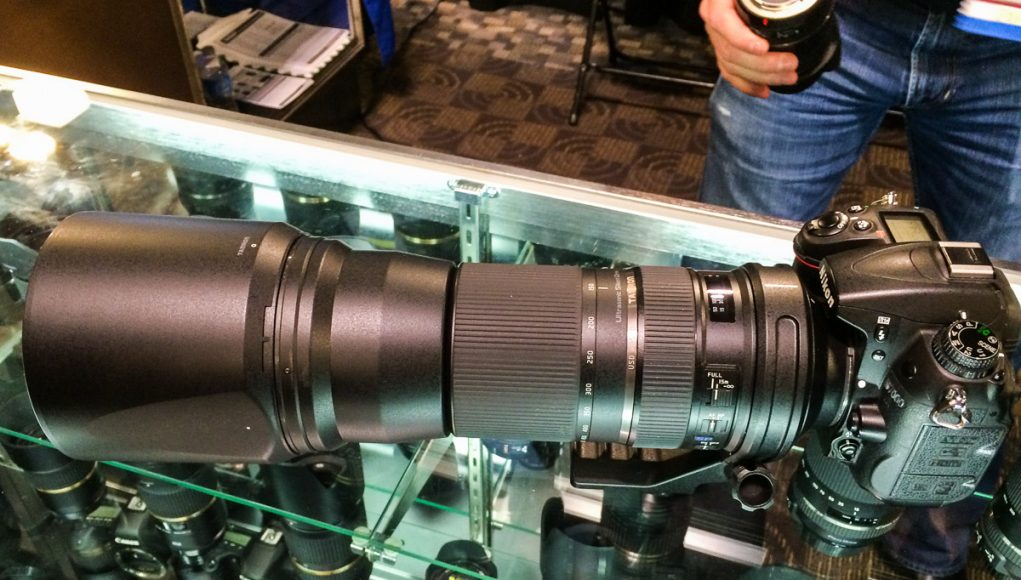 When I started using digital cameras to shoot racing cars, I used a Nikon D1-X and a wonderful Nikon 300mm f2.8 telephoto lens that I’d picked up second hand.

Even though using a 2X multiplier restricted it to f5.6, it was still a fantastic lens.  Assuming I did my job correctly, everything was tack-sharp.  It was as though you could reach into the picture and touch the car.

Yes, I miss that lens.  Even though I only had two effective lengths to shoot at (300mm and 600mm) the crispness made up for it.

That was then, this is now.

Riding the bucking bronco of a successful wedding business in Saint Louis for a number of years took me away from the racetrack and during that time I switched to Canon (churches often have different visual requirements from racetracks…). And now that I’m returning to the racetrack, my trusty 300mm f2.8 is a long-distant memory.

So what to do?

Those of you who followed my FB page earlier this year saw my lustful posts from the Cincinnati ProPhoto Expo about the Tamron 150-600mm zoom, the Sigma 150-600 zoom, and the Canon 300mm f2.8 telephoto.  While the zoom offered the flexibility of multiple focal lengths and were priced reasonably (for me), the Canon optics would be the best potentially, but with a $7000 price tag!  One respected colleague suggested renting the lenses to try them out before committing to buy, which seemed like a reasonable approach.

So with press credentials for the 12 hours of Sebring in hand, I looked up Lens Depot (Orlando).  I had wanted to try the Sigma first (price to buy ~$2000) because at Robert O’Toole‘s wildlife presentation at ProPhoto Expo, he said he gets tack-sharp results with no chromatic aberrations.  Unfortunately, they didn’t have that one in stock, so I elected to try the Tamron.

At the race, I had Canon 1Dmk4 and 60D bodies, the Tamron 150-600, my Canon 70-200, and a Tamron 17-50.  I interchanged the lenses on both bodies and shot enough with each combination to make a fair comparison.  There were plenty of opportunities for long and short shots, panning shots, straight-on shots – the full gamut.

The result?  Well, assuming that I did everything I was supposed to, the Canon lens gave great, sharp results (but we knew that would be the case).  The short Tamron lens was also good.

The long Tamron was pretty good between 150mm and about 430mm, but beyond that, from 430 to 600, the image seemed to be unacceptably soft.  And by that, I mean that in Lightroom, when the image was zoomed in to check for clarity of focus, I could see that the edges of sponsors’ writing was not sharp and it lent a vague fuzziness when looking at the full image.  Also, there seemed to be a trace of chromatic aberrations — many of those images went in the trash can.

I was warned by at least one pro colleague. After all, when the best lens is $7000 and you are playing with one that costs only $1000, you might reasonably expect that it would be not quite so good. But when the lens is advertised as 150-600 zoom, I think I should be able to expect that it would return a decent image beyond 430mm.  But often in life you get what you pay for and this may be one of those times.

I know there was at least one other photographer at the race with the same lens. Unfortunately, I didn’t get a chance to speak with him about his impressions.

When I returned the lens, I mentioned my experience to the woman behind the counter.  Her response?   “You get that with zoom lenses.”   I mentioned that it didn’t happen with with my 70-200.  “Well, that’s a Canon”, was the reply.

OK, I get it now.  Strike the Tamron from the list. Next, the Sigma – if I can find one.