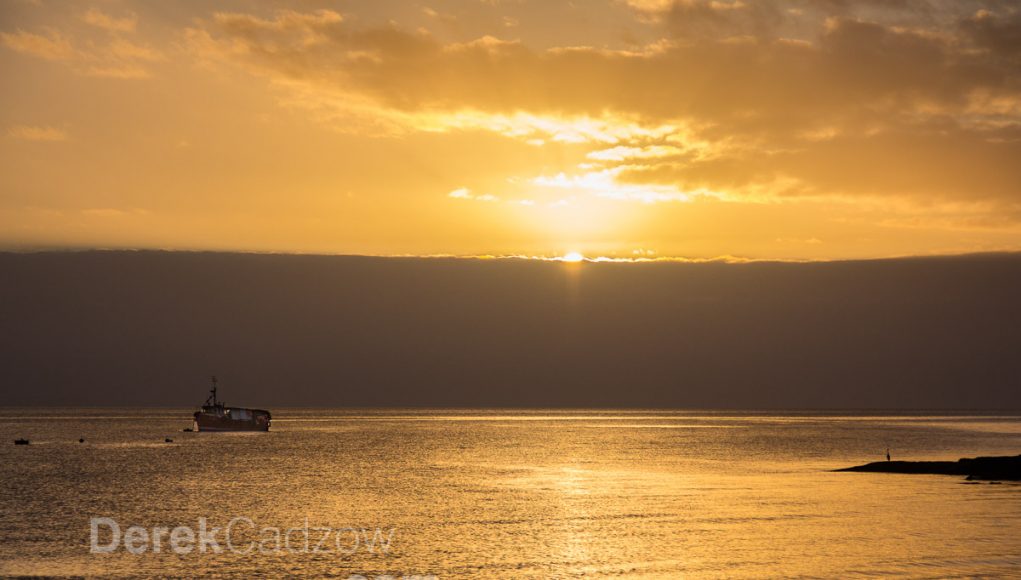 This was a trip to say goodbye to my Dad. Over the years, he had taken numerous trips back to Scotland and explored the highland whiskey trail with his brother Nigel. Being the charmer that he was, he made good friends with some of the key people in the distillery industry on the Southern Hebrides island of Islay (pronounced Aye-lah).

It certainly is a beautiful and peaceful part of Scotland and I can understand why my Dad liked it so much.

It was Jackie’s first time outside North America and had we been millionaires, or even hundred-thousand-aires, I’m sure we’d be living on Arran today.

Anyway, before he passed away in 2013, my father had decided on Islay for his final resting place — in the bay between his favorite distilleries. It turned out to be quite the adventure with several surprises and I’m sure he would have approved. Since this post is a photo-essay of Scotland, I’ll document the adventure separately in the blog soon.

Scotland is in the more northerly latitudes, so the sun sets late and rises early. I actually managed to get up early twice for the sunrise (much to my amazement since I was on kind of a vacation). Apparently everyone else in our party was amazed too as none of them managed it. It’s just as well since early morning creative sessions seem to work better when I’m on my own.

When I left Saint Louis in 2012, I’d sold all my camera equipment to keep the business bank managers happy. I got myself a Canon 60D for the trip and a couple of relatively inexpensive lenses. It was small and light – just perfect for traveling. It did a super job of stills and a pretty good job of the movie footage Jackie shot of Dad’s ceremony.

When I used to photograph engaged couples, we’d go out late in the afternoon to catch the golden late-day sunlight. It’s got that magical warm quality to it and, indeed, some photographers call it the “golden hour”. Sunrise is like that too — although I never tried to convince an engaged couple to get up that early for engagement photos!

There was no client for these images and no deadline. But, I did have a bit of self-imposed deadline to finish them for our fellow travelers soon after our return to North America. I also used some of the images with Jackie’s movie footage to make a small slide-show/movie of the trip. And the sooner you get all those out to people, the better they go over – kind of like weddings…

Had I more gumption as some of my commercial photographer friends do, I’m sure I could have made a case to sell some of the pics to companies we encountered along the way. For example, to the ferry company — the early morning shots in the wilds of the Hebrides would make for some great marketing promotions… but that would take just a bit more time and a bit more gear to get it just right… maybe next time. 🙂