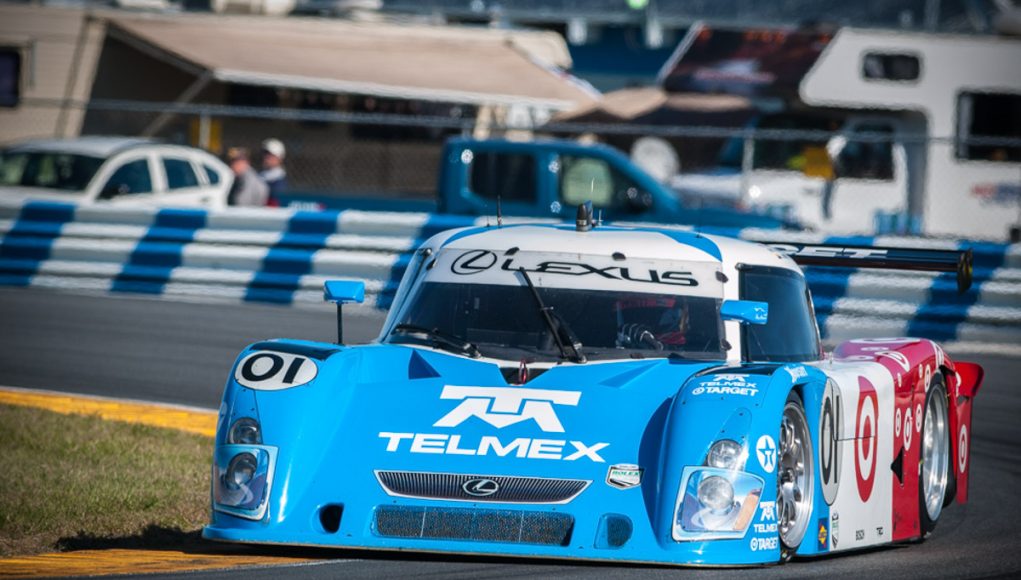 I’m sitting in the Daytona Beach airport as I write this, amid blue sunny skies and not-too-cold temperatures waiting to fly back to chilly Maryland, where it seems like my new bride will be the only warm thing there!

This year’s race was a bit different. In 2005, when I first came down, I shot all my photos from spectator areas. Last year, I was affiliated with a team and actually had a crew pass and had access to some new areas, mainly in the pits. This year, I actually acquired a media pass and could go virtually anywhere I wanted!

It reminded me of an interview that Micheal J Fox once gave about his success: one year he was a struggling actor watching all the successful people and wanted to be one of them; the next year he was driving around in his Ferrari looking at the people watching him and saying “sorry, sorry…”. I remember the past two years being behind the spectator fence wondering what someone had to do to get a pass and be closer to the cars for good photographs. This year, I was looking at all the other photographers still behind the fence and feeling guilty for having a pass!!

In any event, I didn’t feel guilty for too long. There was too much to do.

The first thing I found was that the media areas close to where I shot last year from the spectator areas didn’t give a lot better vantage points — this year’s shots from those areas were not profoundly better than last year’s. But, after some walking around, I found the NEW areas I could go where I could not even get close to as a spectator. That made some difference at least. Then, I found I had access to the media center: a place to plug in the computer, stow my gear, meet other photographers. From that point on, I was sailing…

The idea of driving down from Maryland to Daytona this year was just a bit too much to consider (it had been 10 hours by car each way last year from Raleigh) so I flew this time. Airtran was supposed to land me in Daytona Beach at about 9 pm on Thursday night but, in their wisdom, decided to put me down in Orlando instead at 15 minutes after midnight! (A late flight from Ft. Lauderdale earlier in the day started a chain reaction of delays that caused me to miss the connection to Daytona Beach from Atlanta). So I had to scramble to rent a car in Orlando to drive for 75 minutes to get to Daytona Beach. I reached my hotel room at about 2:30 am.

Friday was the GrandAm Cup race, in which the team I shot for last year was running. In the 24-hour race last year, they had broken down by the 7th hour and the rest of their season was just as disappointing. This year, in the GrandAm Cup instead, they actually led the race for a short while and both of their cars finished the race — definitely a large step in the right direction and a big boost for the team. I talked to the driver, Zach Arnold, afterwards and he said he felt the team had the legs to run at the front this year with a little more car development. They were in Porsche 911s (blue with either red flame stripes, #44, or yellow flame stripes, #43), and you can see them in my photo galleries soon.

On the way down I met a fellow (Wayne) on the airplane who was affiliated with one of the GT teams and races karts, like I used to. So we had a lot to talk about.

Maggy, at automobilsport.com also introduced me by email to another fellow (Alex Graas), who turned out (I think) to be an agent for one of the drivers — so I ended up with requests to photograph Alex’s car and driver as well as Wayne’s. As a result, you’ll see a lot of photos of a green BMW and a blue-and-white Porsche 911 sponsored by “Rembrant” in my galleries. I think they’ll like what I got, including a really nice shot of the BMW’s red-hot glowing brake disk during the darkness of the night.

I met another photographer (Michael) from Kentucky who saw that shot and told me I was crazy if I didn’t try to sell it to the team owner. He shoots car racing, but mostly shoots bike racing, including the tour-de-france for a living.

He thought I had got a couple of good night shots and asked me how I did it and went out immediately to give it a try. He wasn’t happy with his results — but he got up earlier than I did on Sunday morning and got some really nice shots of the cars in the rain. Me? I’d gone to bed (the back of the rented Mitsubishi SUV) at 4 am after working on the day’s photos in the media center and didn’t get up till the rain was almost over.

In any event, between listening to Michael and seeing what other people were shooting, it was a nice benchmark for knowing how my photos rate against the pros. And the answer was… not too bad!!