Home Cars Tales of the Golden Beetle: the gas heater 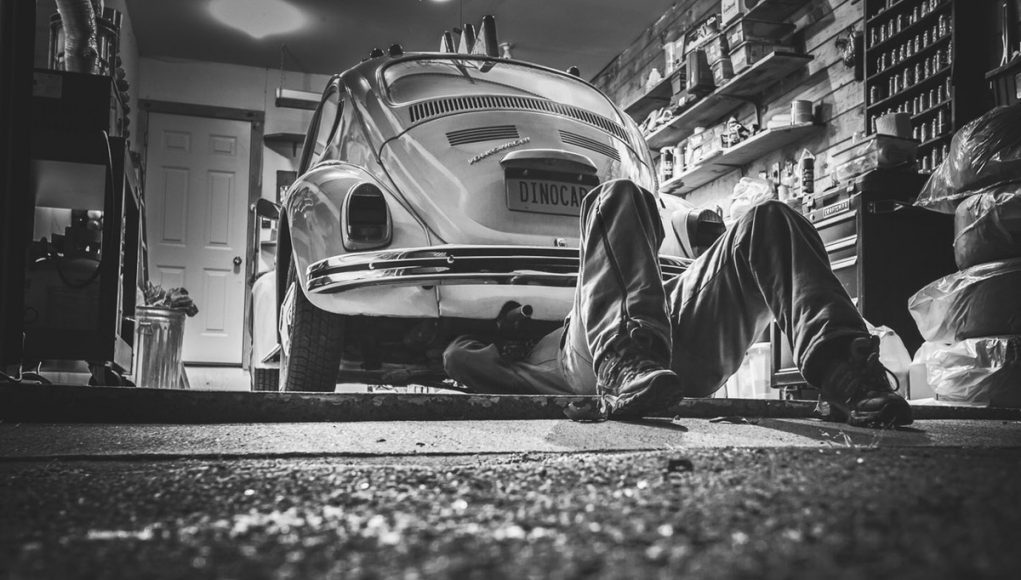 (image above: this is not David’s beetle, but I recall seeing David’s legs appearing from underneath his VW in much the same way that these legs do! Sadly, no photos exist of our mythical Golden Beetle…)

This series covers some of the adventures we had with the Golden Beetle.

Driving to high school each frigid Canadian winter morning involved a unique routine: David drove and I continuously scraped the windshield from the passenger seat.

I mean, I literally started scraping when we left his driveway and didn’t stop until we got to school.

If the air outside was crisp and cold, the inside felt just as frigid thanks to the VW air-cooled engine that had no hot coolant to power the normal kind of car heater.

The already-cramped interior was further congested with bulky winter jackets, wool hats, big gloves, and winter boots. You’d think the tight quarters would help keep things warmer, but… no. All it did was contribute to frost on the windows from our steamy breath.

With the constant frost buildup, our ability to see the icy roads covered in frozen tire-ruts was extremely limited. Clearing the windshield took priority and we never had time to scrape the side windows so they were perpetually opaque.

One particular morning our luck ran out.

As we motored down a lonely country road south of Ottawa in our little frosty golden cocoon, red and white lights of the law flashed close behind us. Looking at each other with a sense of dread, we pulled over onto the snowy shoulder trying hard not to fall into a snow-filled ditch that we couldn’t see.

The policeman’s knuckle rapped on the frosted window and David rolled it down expecting to hear the worst. The officer leaned into the cab through the window and simply said:

“Look, I know it’s difficult in a Volkswagen but please try and keep the windows clear.”

With that, he wished us a good day and walked away!

David was practically speechless — it was not what he expected to hear from any police officer. Our chilly man-in-blue must have had Volkswagen experience because he seemed to know what he was asking for was nigh-impossible.

We continued on our way to school and I continued to scrape.

Several months later (a warmer, sunnier day as I recall) I walked into the single-car garage of David’s family home. He’d backed his Dad’s car out into the driveway and had the VW nosed in to this rather confined space.

He’d been to the junkyard and bought a gas heater from another VW. It used gas from the fuel tank to heat the air and keep the interior warm and the windows clear (and us and the policeman happy).

The hood was open revealing the gas tank (under the hood since the VW’s engine is in the back). David had cut a hole in the gas tank to feed the heater and now he was attempting to connect the electrical system.

As he went to hook up the last wire, a shower of sparks careened over the open hood of the car each time he touched the last hot wire. Perplexed, he tried again — same result.

David focused on trying to work out what was going on — this was something that shouldn’t be happening.

I had no such focus. I was looking at the sparks and the hole in the gas tank and thinking I’d like to be somewhere else!

I promptly voiced my concern, exited the garage, and left David to his own devices.

He eventually worked out what had happened. In 1956, Volkswagen built cars with a positive ground in the electrical system. But the heater came from a 1963 VW and by that time they had changed over to the more common negative ground system.

In short, that doesn’t work (no pun intended).

Even today when we reminisce about this, we still don’t understand how we didn’t blow ourselves and his Dad’s garage to kingdom come.

As David says, “I guess the VWs never did it for us as we soon ditched them and got other cars — no heat, no performance, and no road holding. Do you remember doing a donut in my bug just in front of an oncoming cement truck with a full load of friends on board?”

Yes, I do David. Vividly. But that’s another story.

Apparently we’re not the only ones to experience the joy of the bugs in winter: read “Air cooled and ice cold” from Hagerty.com

Next: Tales of the Golden Beetle: fire and snow

Tales of the Golden Beetle: fire and snow