Home My racing life Chapter 1: The road to racing 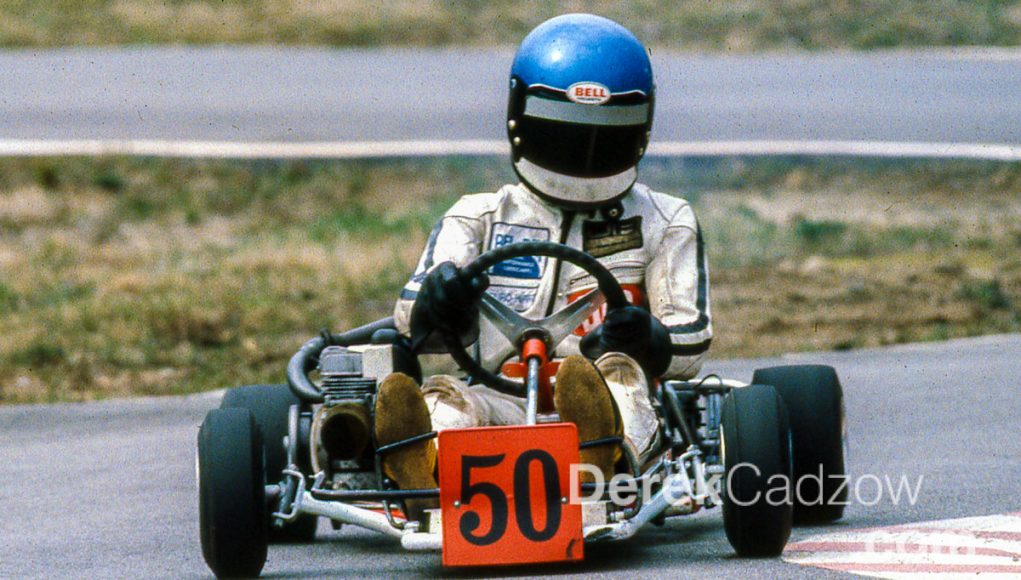 I have a ton of photographs from karting days in the ’70s and early ’80s. Recently, I put some of them up on Facebook and got such a good reaction from my former competitors and other drivers that I promised to post more of them. And, rather than just posting the photos, I thought I’d tell the story around them too (at least what I can remember of it).

So keep a lookout as I’ll post new articles with pictures race-by-race. And, please add your own memories of those days in the comments section below each post.

This post starts the story of how I got into karting in the first place. Just want to read the highlights? — this story will do. Want to read the details? — check the links below for more detail on each adventure we had.

Like most youngsters, I wanted to be many things as I grew up:  an architect, a marine biologist (I liked Flipper), and then an astronaut.

That last one lasted quite a while. Certainly, watching the Apollo space program and the 1969 moon landing on TV as a 13-year-old helped fire my imagination.  I think my parents were hoping that these interests would inspire me to get good marks at school and move into a professional field.

But that all fell apart later that same year when my friend David, newly arrived from England, introduced me to his Scalextric slot car racing set.

That was pretty much it as far as ambitions went.  From that point forward, I wanted to be a racing car driver for the rest of my teen years and well into my 20s.

Controlling these little electric projectiles as they flew around the track, eventually building and improving our own cars, competing with David and another local friend Don, and with other people we met in Ottawa and then Toronto, just fueled the competitive enthusiasm.  Dreaming of driving a real racing car one day fed my soul like nothing I had experienced before.

There were several other steps on the way to competitive karting.

We took a break from slot cars in the summer of ’72 to try a soap box derby and pressed David’s younger brother, Andrew, into service as the driver.

We designed and built the soap box kart compact and light, but then discovered that wasn’t the way to soap box success.

The next step was radio-control car racing.  But, as I found out, driving RC cars wasn’t my forte. I’ll admit it — I was pretty bad at it.

My issue was spatial recognition (I think that’s the term).  When the car was speeding away from me, and I moved the steering joystick to the right, the car would turn right.  When the car was coming toward me and I moved the joystick to the right, and the car would turn left!  Somehow my brain just wouldn’t connect those things and I banged up one or two cars against parking lot curbing.

I just couldn’t get the hang of it.

So, getting my butt into a driver’s seat seemed to be the answer. At least that way the vehicle would always turn right when I steered right!

Once I got my driver’s license, things changed.

In late 1973, I connected with a small team running a Formula B car for the late Scott MacKenzie in the Canadian championship. In truth, I didn’t learn a lot technically about the car, but we had lots of adventures and learned about racing life. That didn’t deter me one bit — I was still bound and determined that it was something I wanted to do.

After graduating high school the following year, my Dad helped me find my first sports car: a British Racing Green ’69 MGB with wire wheels, which I bought with my summer-job money. I took my lovely little car ice racing and slaloming (called autocross in the USA) and won a local championship with it in 1975.

The best $1200 I ever spent was for three days of butt-in-seat driving in a Formula Ford racing car at the Jim Russell Racing School in 1975.

David and I took the course together at the Grand Prix track at Mt. Tremblent, Quebec, just north of Montreal. Three days in a real racing car was absolutely glorious. My Mom even showed up at the school to make sure we had pictures.

If I had been going to launch a career in racing, that would have been the moment — the school made me eligible to get a racing license and I should have done everything I possibly could to get started. But I was much too responsible and focused on finishing college.

When I finally got fed up crashing RC cars into curbs, I had announced I was going to go karting with the new club just formed in the Ottawa area. But, as a poor college student who’d just spent all his money at Jim Russell, I couldn’t afford the $550 I needed to buy one.

So I had to wait. And it was agonizing.

Fred and Dave, who were older than me, had already made the switch and Fred let me drive his kart at the local quarter-mile oval (Capital City Speedway) late in 1975.

Just one lap and I knew this was for me.  Now I just had to get the money together.